Dharmendra Vithalrao Deshmukh - Dharmabhau (born on January 18, 1977) is a Sportsman, Indian politician, social activist, businessman and also a film producer. His father Late Shri Vithalrao S. Deshmukh is also Rewarded, Renowned Wrestler. He began his career as a Sportsman during the 1990s before obtaining various state-level medals and achievements in Wrestling and Martial Art. In 1995 he became the General Secretary of Youngman Sports Club. He also plays an important role in Indian politics (BJP Membership from 2012).

Because of his Father and Uncle Late Mahadeveoraoji Deshmukh, both were freedom fighters, his National Awards Winning roles also include being a Social Activist. From 1999 onwards, he has been the District Secretary of Shetkari Sanghatana, Warud, and Atal Foundation as the Maharastra President in 2017 and has been working in areas of low literacy, health, disability, empowerment of the underprivileged, and livelihoods. He was also the Founder and Mentor at Vandan Foundation which helps in building affordable high-tech revolutionary healthcare facilities in India.

He is also a Businessman. He started Care Protection Services Pvt. Ltd. to reach and resources to meet the security needs of the Indian age Founded in 2000. Also, He is a part of Shivdharma Pictures Private Limited which finds talented people from Vidharbh region for performing shows, producing serials and short films.

Chairman of Rajhans Bahhuddeshiya Shikshan Sanstha Shri Dharmendra V Deshmukh worked for last 10 years educating to all type of peoples from all over India from past ten years.

He is an advocate of social, environmental, and economic justice and is eager to promote equity and equality. His vision is to mitigate oppression and enhance human health including well-being across local community systems in Maharashtra.

The main characteristic of Dharmendra V. Deshmukh is his ability to tackle the public issues, he endeavours the transparent and participatory nature of policy and decision making. He has been associating with a wide cross-section of the citizens as he strongly believes that participatory cooperation with the people is the symbol of India’s constitutional rule.

Aim to Providing SECURITY GUARDS in pan India. All over India we having our service...

has the PAN India reach and resources to meet the security needs of the Indian age Founded in 2000, CARE PROTECTION SERVICES PVT. LTD. is the leading security solutions group in the country... Read more

Chairman of Rajhans Bahhuddeshiya Shikshan Sanstha Shri Dharmendra V Deshmukh past 10 years educating to all type of peoples from all over India from past ten years... 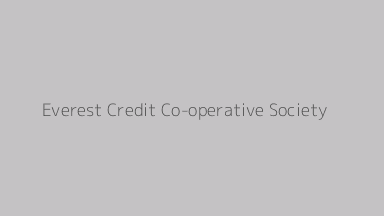 At Kathmandu, the capital of Nepal.